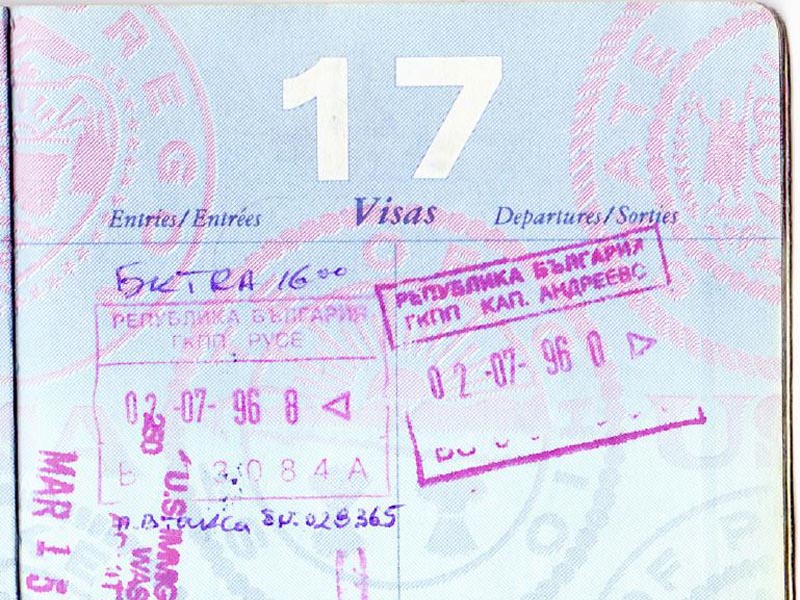 I no speaka de engleesh

Let me tell you a story.

Many years ago I was on a train heading for Istanbul and we were crossing the Bulgarian border.

I was young and it was one of my early travel adventures.

When we got to the border, the police boarded the train and searched all the cabins.

They dug through our stuff looking for contraband and even took the ceiling panels down to look for people in hiding.

It was 107 degrees outside.

And I had run out of water.

As the police were combing through the cabins, I saw a water well on the station platform.

So I grabbed my empty water bottle and jumped off the train to go and fill it up.

It was warm well-water, but still somewhat refreshing in the heat.

I downed an entire bottle’s worth and then refilled.

When I turned around to get back on the train, a giant grisly guard spun me around with the butt-end of his rifle and gave me a nasty look.

At the same time the train whistle blew signaling the departure.

All my stuff was in the cabin.

I was overcome with panic that the train would leave without me.

And I let it show.

I nervously started to talk quickly, trying to explain what I was doing.

But he didn’t understand English.

I started to motion to my water bottle, the well, the train, my cabin, but I was in such an excited state that I just made matters worse.

Finally the guard shouted out in very broken English “You speaka de Bulga?”

“I no speaka de engleesh” he yelled down at me.

I wasn’t thinking, and my behavior could be interpreted as insulting.

Panicking never does you any good.

Takes your eye off the main focus and makes you forget what will actually work.

I let him finish yelling.

And then he finally let me though to grab the train.

I was barely up the steps as it started to pull away.

The other people in my cabin looked at me with relief as they had watched it all from the window. (Though I bet they had already decided how to divide up my stuff if I didn’t make it).

No one spoke English, but the fat Greek man across from me (who oddly reminded me of my Sicilian grandfather) gave me a low whistle and wiped his brow with a motion to indicate that it was a close call.

And I was very relieved to be back aboard.

I had learned an important lesson.

About keeping calm under fire.

Because panicking doesn’t do you any good.

You’ll have days when everything seems to be crashing down.

When you are down to your last dollar.

When you have no new customers or deals in the pipeline.

When you aren’t sure why you should even bother to continue.

But that will just cloud your vision.

And make it harder to do what really needs to be done.

So remember this story and keep yourself in check if it starts to happen.

These days I don’t panic about anything.

Just keep calm and carry on.

You’ll find a solution when you keep a clear head and focus.

P.S. — If you’d rather be on the fast train to success than stuck at the station, then I can help you.